In this hilarious party game, 4 to 9 players will challenge their personal beliefs and morals as they create a brave new world!

The players represent essential groups of society as they debate with each other on a given topic. The topics vary from funny to serious and from uncomfortable to cringe-worthy. The rest of the players take sides by voting based on logic, fear, self interest, opinion or other factors. Depending on who wins the debate, an Action card may affect everyone's way of life.

The video from the judges was very inspiring and helpful. We actually made a game about politics, that "asks questions but doesn't give clear answers". Regarding being on topic, we even have artists playing a big part of the society. Moreover, our game follows faithfully the contradicting black&yellow banners of the event: sometimes you need to lose in order to win or you need to support the opposite view of what you believe to be true and moral.

The feedback we got was very positive. It's an easy game to pick up after just one round and even on controversial debates, everyone was arguing in a civilized manner. The topics can adapt to any grade level or theme such as science, sports and religion. A few examples would be "bring back the school uniforms", "Super Mario is better than Sonic" and "why I think the Earth is flat".

While testing and playing it, we discovered new layers of strategy, a metagame: Some players try to lose the debate in order to win points. But if you are generally good at debating, people may call your bluff and force you to downplay your skills in the future! Others may lose because of their strong opinion on a matter. In many cases, some voted not because they agree with the subject, but because they were scared of losing points or because the debater made them laugh. Whatever the reasons, the players will have to live with the consequences of their vote.

Many external factors can affect the outcome of the game and there is a lot of player psychology involved. The Action cards display who but not how they affect the players, which is like a reverse "veil of ignorance". Losing your points to others can be turned to your advantage, by convincing them that they owe you. There isn't a single dominant strategy and the opposing sides can use multiple strategies to win. The game makes the players think about what their opponent is thinking they are thinking!

It's a game that allows creativity and personal growth. It's a game that makes you think outside the box and wonder "what if?". Even if you are shy at talking, you can learn to speak your mind and everyone will listen to you. Some people have to justify opinions that go against their core beliefs or get punished by the voters. Not only this game reflects our very society, but it can be a learning experience to us all! 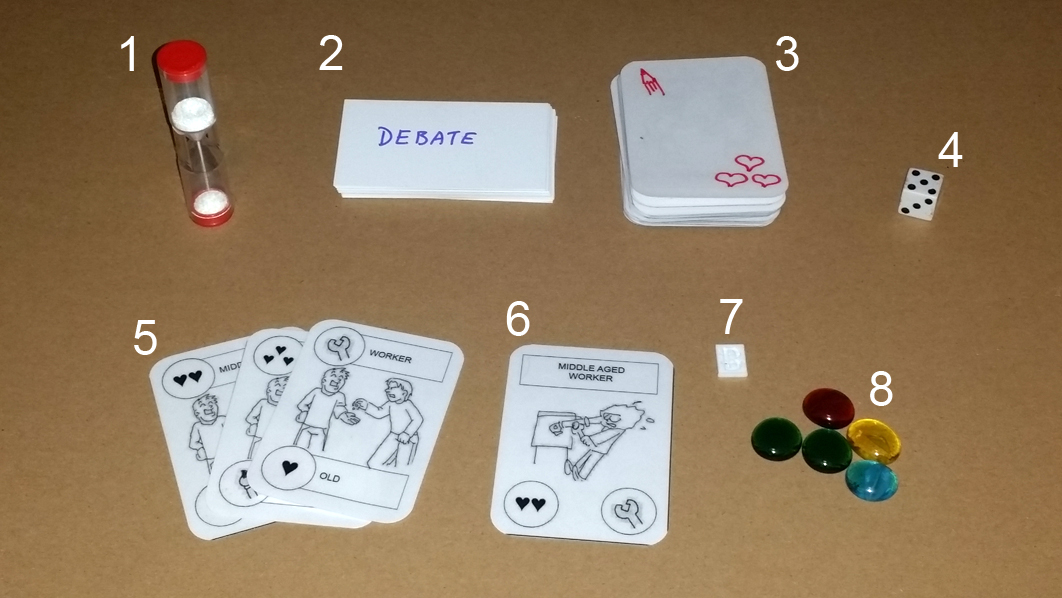 Goal of the game
There are several ways to win in this game:

Setting up the game

After the end (optional)
The winner reads aloud the laws that the majority voted for, revealing the truth about the brave new world they just built!

This game would have never seen the light without the amazing:
Goethe Institut
ART GAMES
Maschinen-Mensch
TUC TIE LAB

and the amazing people who hosted the event and supported us all:
Danae Moraiti
Maria Saridaki
Johannes Kristmann
George Kazamias
Nikos Moraitis

Last but not least
A huge hug to all of our friends (old & new) who play-tested our game and supported us with great discussions and valuable feedback.  It would not be the same without you guys! We love you all!

Print the cards, laminate them if you can and cut them accordingly. Read the instructions before you play the game! 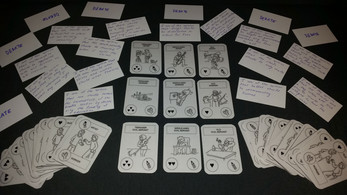 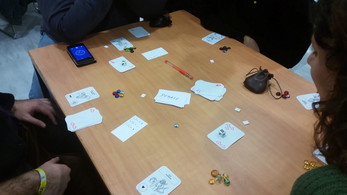 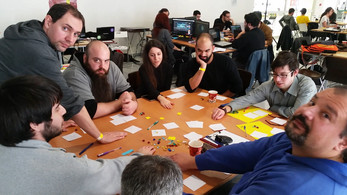 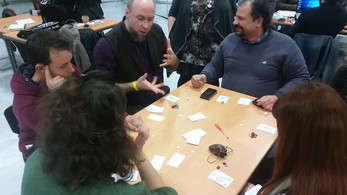 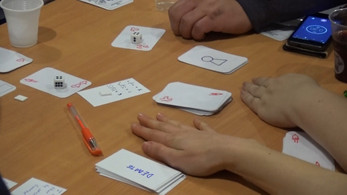 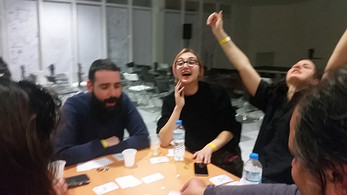